Read the text of the full bill, that was rereleased August 1st, here.

Here’s what we know—

In June, a bipartisan group of Senators and the Administration came to an agreement in concept for an infrastructure package that would provide $579 billion in additional infrastructure funding coupled with baseline spending to provide potentially more than $1.2 trillion in new infrastructure investment over the next 10 years. While the agreement lacked details, it did provide bulleted concepts, including calls for a new iteration of a direct subsidy bond program and a general proposal to expand private activity bonds.

On Wednesday, July 28, members of the bipartisan group announced that details could come as soon as this week. The Senate also passed a procedural vote to advance the package on the floor. We continue to await legislative text, but emerging details indicate that the package (at the moment) does not include those more expansive provisions. It does include several proposals to expand private activity bonds. Forthcoming floor debate and amendments could result in details continuing to evolve over the coming days and week.

Late Sunday evening on August 1st, the entire bill text of H.R. 3684. Below are key takeaways that are included in the bill that may be applicable to NAST members. This will be continuing to evolve over the next week and updates will be posted on this website.

The Senate passed the bill on a bipartisan basis (69-30). The bill awaits action in the House, where the Speaker has suggested waiting to act on infrastructure until the next bill (the full $3.5T budget reconciliation package with additional spending, middle class tax cuts and corporate and high-income tax increases) has passed the Senate.  In such a case, the infrastructure bill could wait in the House until at least September and possible several more months. However, it is certainly possible moderate Democrats and the Biden White House push the House to move faster.  The House of Representatives returns the week of August 23, 2021 – early, and there could be developments that week that move the timetable ahead in the House or not.

Sec. 80403 Increase in National Limitation Amount for Qualified Highway or Surface Freight Transpiration Facilities: This plan increases the current cap on these bonds from $15 billion to $30 billion.

According to summary: “The framework increases the current cap of tax-exempt highway or surface freight transfer facility bonds from $15 billion to $30 billion as proposed by the bipartisan BUILD Act (S.881). Currently, $14,989,529,000 billion of the $15 billion cap has been issued or allocated. Increasing the cap will allow state and local governments to enter into additional public-private partnerships to supplement future surface transportation projects with private investment.”

Sec. 60102 Grants for Broadband Deployment $42.450B: To establish the “Broadband Equity, Access, and Deployment Program’’, under which the Assistant Secretary makes grants to eligible entities, in accordance with this section, to bridge the digital divide. No less than $100,000,000 shall be allocated to each state, and $100,000,000 to be divided between Guam, U.S. Virgin Islands, American Samoa, and the Commonwealth of the Northern Marianas Islands.

According to summary “This funding will help communities engage in Public-Private-Partnerships (P3s) like asset recycling that generate new revenue and make infrastructure more efficient. It provides $100 million for grants to facilitate access to expert services and grants to communities to enhance their technical capacity to participate in public private partnerships. This program would be administered by the Department of Transportation (DOT)and would be used for projects eligible under the Transportation Infrastructure Finance and Innovation Act (TIFIA), which currently include highway, transit, railroad, intermodal freight, and port access projects, and will include airport projects under authorization language included elsewhere in this package. Grantees must demonstrate robust safeguards to protect consumers and state governments from predatory public-private-partnership agreements.”

Sec. 70701 Value for Money Analysis: Requires applicants for TIFIA and Railroad Rehabilitation & Improvement Financing loans for projects over $750 million in costs to conduct a Value for Money (VfM) analysis in order to evaluate the benefits of a P3 financing option for significant projects.

According to summary “While a majority of states have P3 enabling laws, financing a project through a P3 model can be complex and costly. This leads to the underutilization of the P3 option. Evaluating the value of the P3 model is an important step that is not always taken.

Conducting a VfM analysis helps a public entity explore the P3 model against traditional public-sector funding and financing. Through a review of projected, risk-adjusted life-cycle costs, a VfM ensures that states and localities are giving the P3 model a fair shot. Through focusing on those projects seeking TIFIA and RRlF loans, DOT will be able to report to Congress on the true utilization of the P3 financing model for those projects of which the P3 model is best suited.”

Many unknowns remain, but we remain cautiously optimistic that a package could approach the finish line. Legislative text may come as soon as this week. Despite a failed vote to invoke cloture on the package in concept earlier in July, the package passed a key procedural vote on Wednesday, July 28, allowing it to advance in the Senate. The package could go up for a Senate floor vote within the next few days.

Even if the package advances in the Senate, it still faces some obstacles in the House, which has not been particularly involved in the deal’s details so far. Furthermore, Democratic leadership in both Chambers will want some level of commitment for a second reconciliation package to follow the infrastructure package. This second package would likely focus on climate, education, families, and healthcare. It may also include some infrastructure priorities that fail to make it into the bipartisan deal.

NAST’s Position / What Treasurers Should Know

We applaud any productive discussion around infrastructure and have particularly welcomed the progress of this bipartisan group in Congress and the Administration. We have continued to reiterate that any infrastructure package should include both financing tools and funding. We continue to await details on the package and plan to weigh in on specifics once they are available.

NAST has also long maintained that the restoration of tax-exempt advance refunding bonds remains one of the most impactful things the federal government could do to spur further state investment in infrastructure. NAST also has generally support policy for other municipal bond provisions, including the modernization of bank qualified debt and the creation of a new direct subsidy bond program so long as its subsidies are reasonably protected from future sequestration. The municipal bond market is a tried and proven tool that finances the majority of our national infrastructure network. The tax exemption on municipal bonds should be supported, and NAST will oppose any effort to limit or curtail it.

Key Inclusions (At the Moment)

Currently, we are aware of a number of funding and financing provisions relevant to states, including expansion of Private Activity Bonds (PABs). The framework includes a section on spurring private sector investment in infrastructure, including by expanding eligible uses for PABs to include broadband and carbon capture technology. Current proposals also include an increase to the national volume cap for highway / surface freight transportation facility bonds from $15 billion (which has been nearly exhausted) to $30 billion. Issuers generally approve of expanding eligibility for PABs. 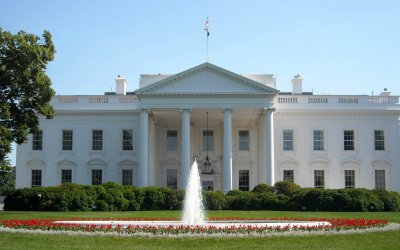 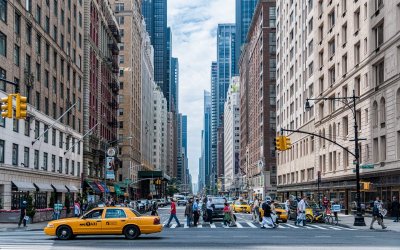 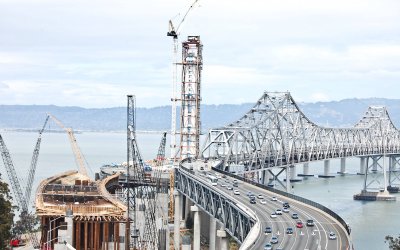